The Daniel Ives Foundation is a 501(c)3 nonprofit providing grants, charitable contributions and community outreach to Maplewood/South Orange NJ & beyond!

The Daniel Ives Foundation’s mission is to immortalize the legacy of Maplewood Bike Shed founder Danny Ives by means of funded grants, charitable contributions to local partner organizations and community outreach for the purpose of cultivating a vibrant future for bicycle enthusiasts and future riders.

Daniel (Danny) Ives was born on December 2, 1992 in Brooklyn, New York. His lifelong passion for bike riding began at a very young age. Soon after learning to walk he began riding his “PlaySkool” bicycle around the family home and demanded that the “training” wheels were removed!

When he was seven years old, Danny and his family packed up and moved to Maplewood, NJ. Family members fondly remember seeing him build ramps in the backyard and fearlessly attempting all kinds of bike tricks. Around this time he started experimenting with his natural ingenuity by piecing parts together to build and modify bicycles. By the time he was a teenager, Danny was constantly riding his bikes at various skateparks and established himself amongst the vast network of BMX bikers found in New Jersey and New York.

After Danny graduated from Columbia High School in 2011, he had visions for developing electric motors and environmentally-friendly technologies. He expanded upon his interest in bikes to include collecting/repairing vintage cars and building motorcycles from scratch. He toured the country to visit various motorcycle shops and met renowned leaders in the motorcycle community along his journey.

In his early and mid-twenties, Danny was on the path to follow his childhood dream of opening his very own bike store. At first, he started with a mobile bike repair shop that became well-known throughout the Maplewood/South Orange community and then in March of 2020, Danny’s dream finally came to fruition. He opened “Maplewood Bike Shed” within the community where his passion for riding truly blossomed. 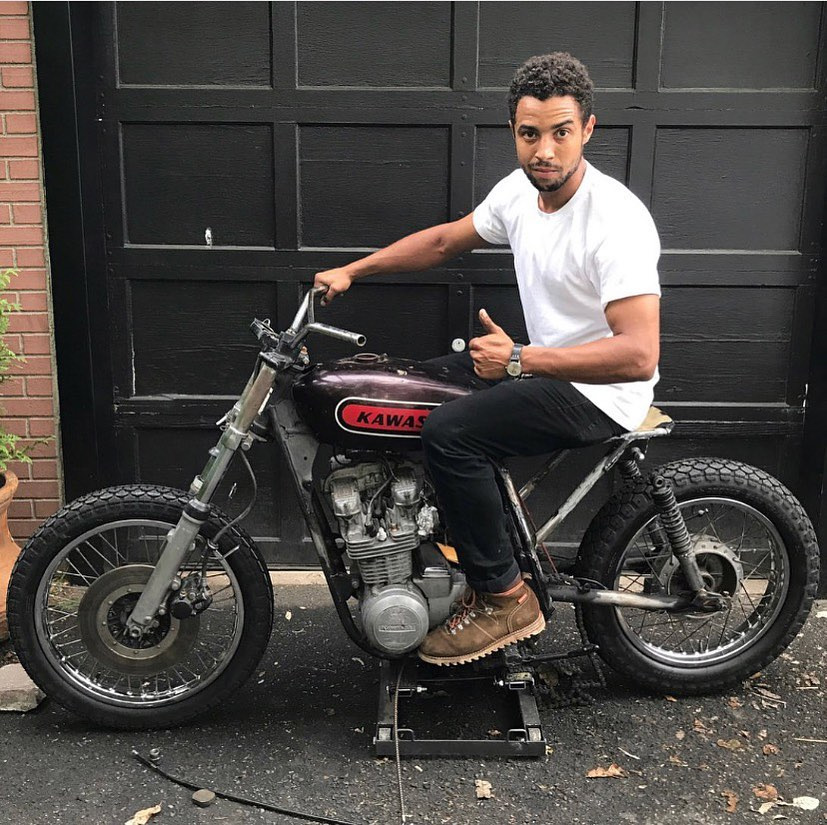 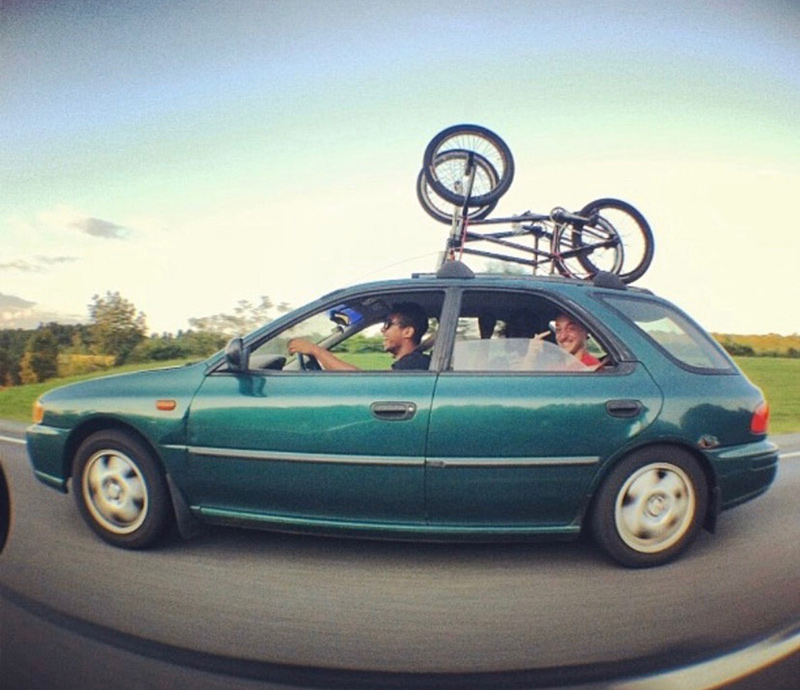 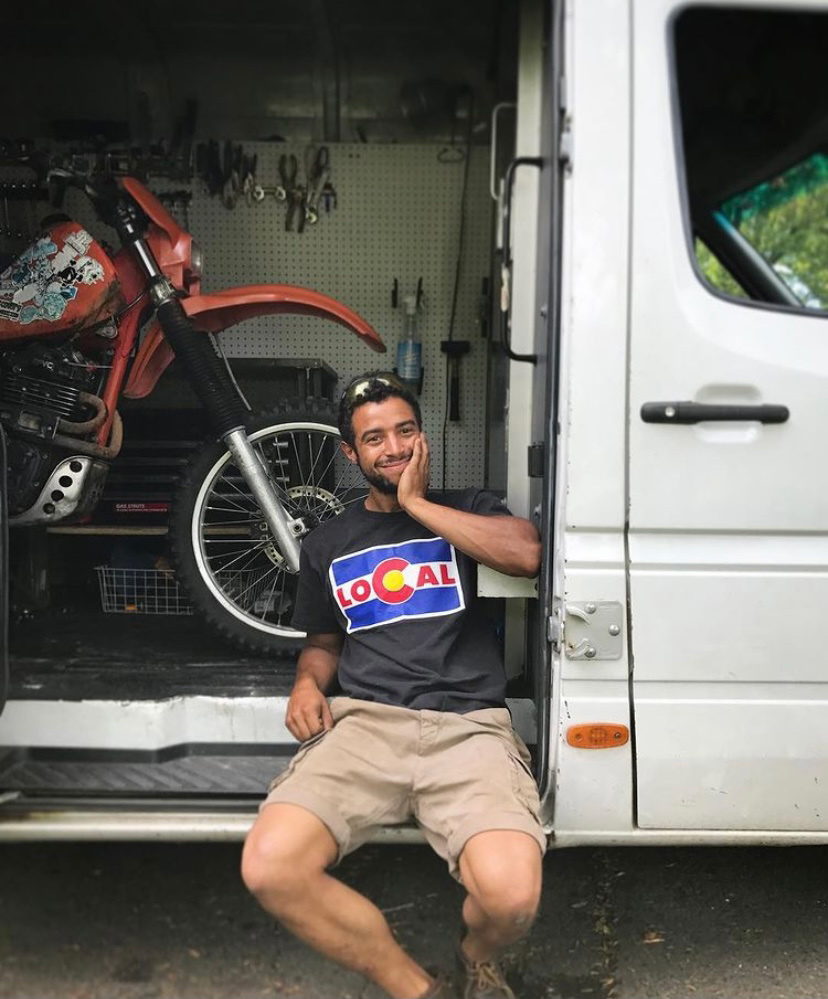 Danny was constantly at the shed, sharing tips and tricks with kids who congregated there before or after spending time at Maplewood’s Maplecrest Skatepark, which was conveniently located across the street.  He welcomed a challenge and accepted bikes in all conditions to be repaired or enhanced. Maplewood Bike Shed became a boon for the community during the worldwide COVID-19 pandemic, since bike riding was one of the few outdoor activities deemed safe at the time. From spring into summer, many people dug their old bikes out of sheds and garages and brought them to Danny asking for him to help them get back on the road and Danny happily obliged. During this time he continued to network within the bicycle world and shared his knowledge with both the familiar and new faces that popped into the shed. He built friendships with new people and maintained friendships that he made in childhood all while sharing his lifelong love for riding.

In the evening hours of September 5, 2020, barely 6 months after the grand opening of the Maplewood Bike Shed, Danny tragically died in a motorcycle accident that left the community stunned. His family, friends and the Maplewood/South Orange community mourned the loss of such a bright, charismatic, beloved young man. Hundreds of people from near and far reached out and donated to a GoFundMe created in his honor. Over $46,000 worth of donations were raised in mere months after his passing. These funds became the framework for, what is now officially known as, the “Daniel Ives Foundation.” 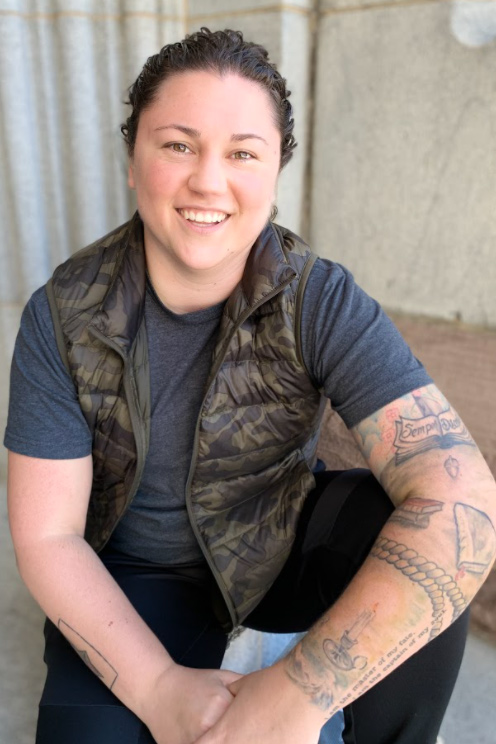 Alyson B. York is the President of the Daniel Ives Foundation. She is a special education teacher at North Brunswick Township High School in Middlesex County, NJ. She was raised in Berkeley Heights, NJ and graduated from Governor Livingston High School. She moved to Maplewood in 2018 and loves what the MAPSO community has to offer (especially Maplewoodstock)! Alyson is an alumni of Kean University and is currently enrolled in the Educational Leadership Program at Montclair State University. She enjoys traveling, cooking and working out at OrangeTheory. On winter weekends you can find her coaching basketball to children and teenagers with special needs. 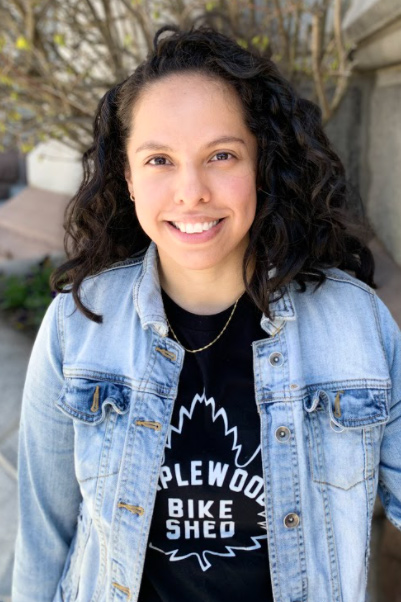 Luz Paez is the Secretary of the Daniel Ives Foundation. She is a Paterson, NJ native with a passion for community service. She previously served as the Treasurer for “Art in Motion”, a non-profit that provided affordable arts- based instructional programming to the youth of Paterson and surrounding communities. Luz currently works in New York City for Lululemon. She enjoys staying active by practicing yoga and attending exercise classes at Chaise Fitness and Orange Theory. 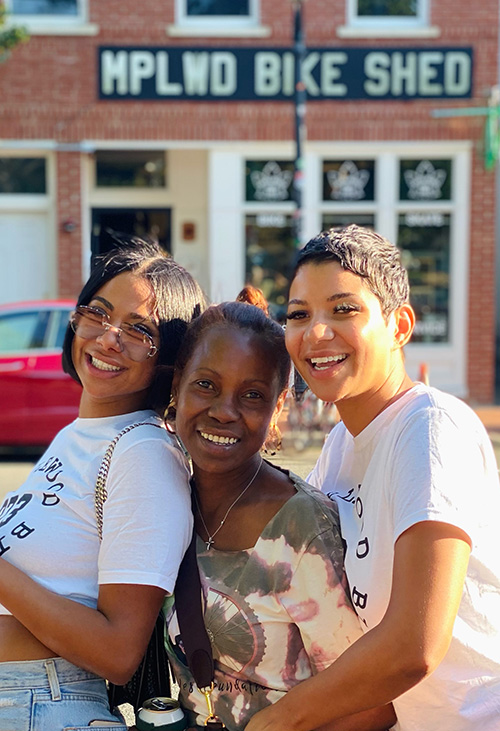 Martine Ives is the Treasurer of the Daniel Ives Foundation. She is also the mother of Danny Ives (of blessed memory), for who the Foundation is named after. Martine was born in Haiti and moved to Brooklyn, New York when she was 16 years old. She taught herself english by watching cartoons on television. She graduated from Brooklyn College in 1995, with a degree in Sociology. In the late 90’s, Martine and her family moved to Maplewood, NJ where she was blessed to have made many dear friends. Martine currently works as a Teacher’s Assistant for the Summit Board of Education in Summit, NJ. She has 2 daughters, Jill and Emily. Martine is the dedicated and proud owner of the Maplewood Bike Shed. 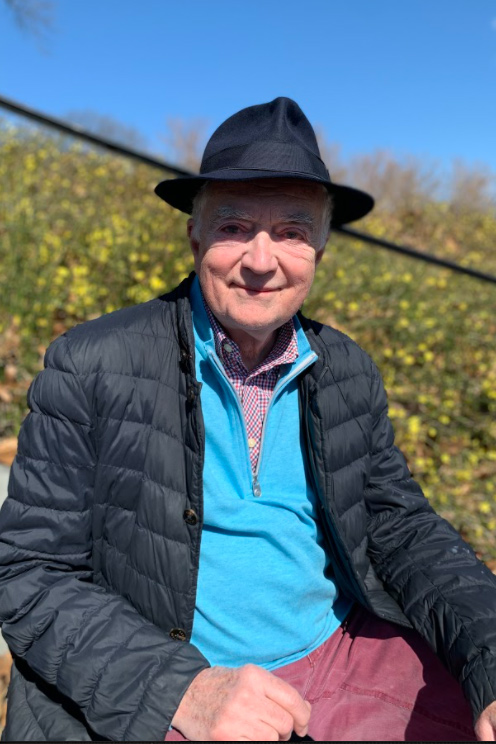 Eddie Schwarz is a trustee within the Daniel Ives Foundation. He has been a real estate investor and developer for more than 40 years. Through partnerships, Eddie currently owns and operates a portfolio of commercial and residential rental properties. He enjoys bike riding in the Summer and playing gin rummy Italian style. Eddie hates wearing ties!

Sara Girgus is a trustee within the Daniel Ives Foundation. She currently works as a Teacher’s Assistant within a school for students with autism. Sara also provides in-home therapeutic services for families who have children with disabilities. Sara played volleyball for over 10 years, including collegiately, at Montclair State University. After college she kept the sport close by coaching in a recreational league and at Watchung Hills Regional High School, her alma mater. During this time, Sara also enjoyed volunteering at local animal shelters whenever her schedule allowed. Some of her passions include pilates, hiking and exploring new (preferably haunted) places with her friends and boyfriend. It should be no surprise that her favorite holiday is Halloween! 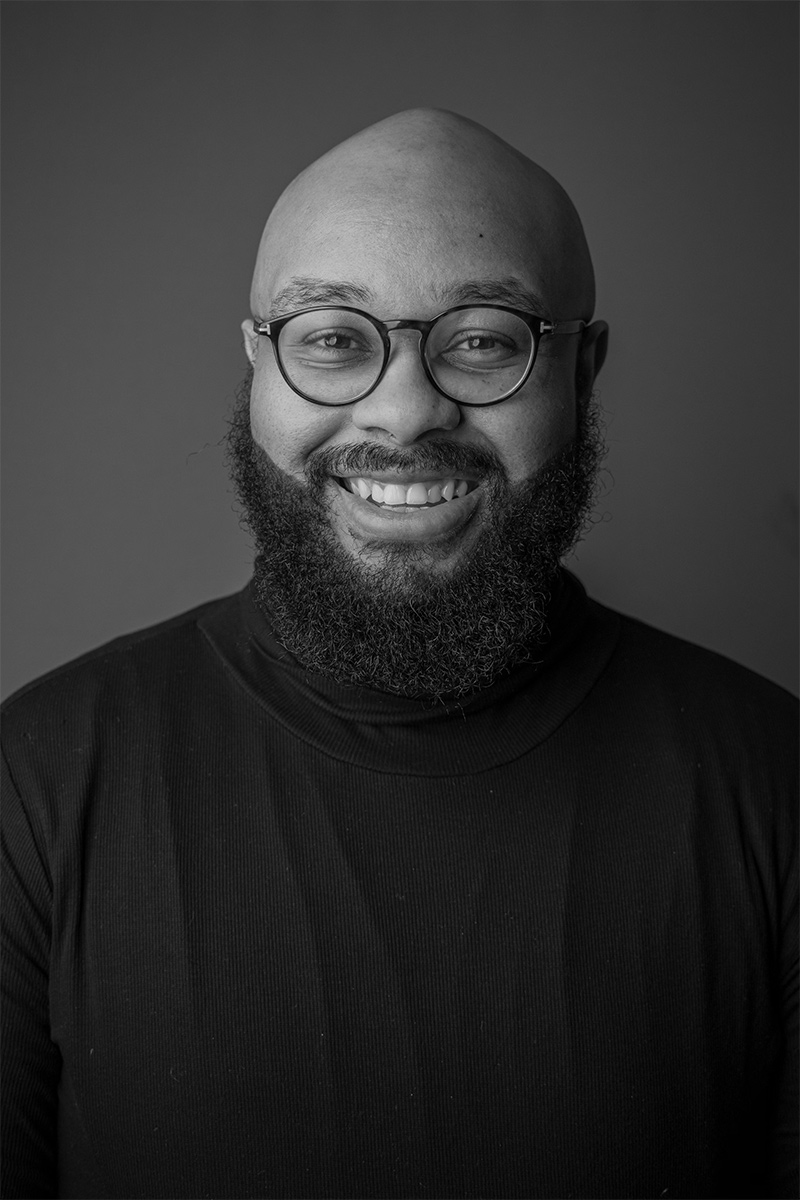 B. Josiah Blackmon is a trustee within the Daniel Ives Foundation. Josiah is a resident of East Orange, NJ and currently works as an educator for the Summit Board of Education. He has a deep rooted passion founded in teaching and deeply enjoys working with students. Josiah can be described as a man of faith, love, and compassion who has a heart for any and all people he comes into contact with. During his free time he likes shopping, traveling, and going out to eat, however his top two favorite things are being a husband to Crystal and a father to Micah Jonas (MJ).

Manuel Gomez is a trustee within the Daniel Ives Foundation. Manuel is a proud Puerto Rican, resident of Elizabeth, NJ and currently works as an educator in the ABA classroom at Summit High School. Manuel has worked in Special Education for 15 years, but has worked with the Special Needs population for over 20 years. Manuel is also an artist who’s talents have been used for graphic design, as well as his props and set designs have been showcased on national TV through his contributions to the annual “Mummers Parade” in Philadelphia. During his free time he likes to spend time with his family and friends, exercise, watch movies, play video games, and his favorite hobby is to collect action figures and anything pop culture. But the one thing he enjoys more than dancing, is his weekly outings with his boys, that he has mentored for over 20 years, to have dinner and watch their favorite pastime, professional wrestling.